Ancient traditions hold that earth is sung into being, each single thing and there’s a naming. So came sound and before the word written came remembrance and its boundaries. Remembrance needed repetition so the singing could travel, pass from one to the other like sean-nós. Yet each singer was unique and each time added something new to the old and the true. Without the singing of a country, what is held is lost. When that happens it must be sung back, grandparent to child, child to grandchild. Search now for the tuning fork then listen, listen. Search in the unnamed and the sacred places. Search quickly. 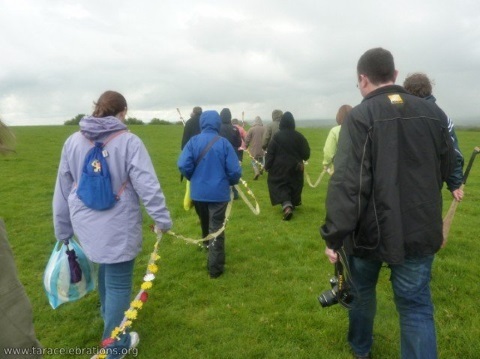 At a Celebration nothing beats live music, drumming, singing, guitar or harp. Outdoors recorded music works but often speakers are not efficient / loud enough to be heard in the wind. 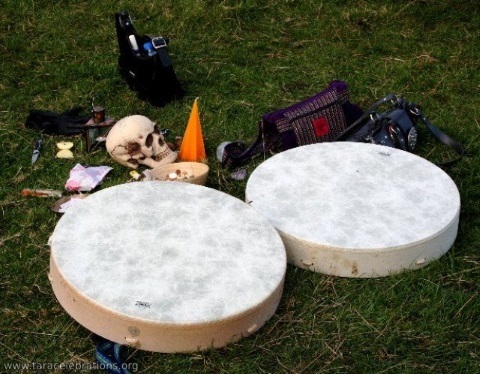 Musictalks directly to our souls through vibration

Buddhist lineage has no musical accompaniment to sitting meditation. We are as Buddha under the Bodhi tree, although listening to sound is a mindfulness meditation in itself.

Chanting mantras is a preparation for meditation. Alone or as a group we often use Om mani padme hum. This is a Sanskrit mantra for the bodhisattva of compassion. Invoking energies - Mani "jewel"Padma "lotus flower", the Buddhist Sacred Flower, “om” sound of creative universe.

Pali recitations are often thought to have a supernatural power. It is the sound and rhythm of the word rather than or as well as the meaning that has power.

In the West sacred music has three basic formats – individual, antiphonal or choir. Ancient Egyptian, Latin or Hebrew in the mystic traditions of the West had all three.

Sacred music is frequently sung in an unfamiliar language, such as Latin. This is often because we do not understand what the words mean and so they do not interfere with the meditation experience.

Celebrating Summer Solstice in the deconsecrated church (now Visitor Centre) on the Hill of Tara Coscan play and people dance. 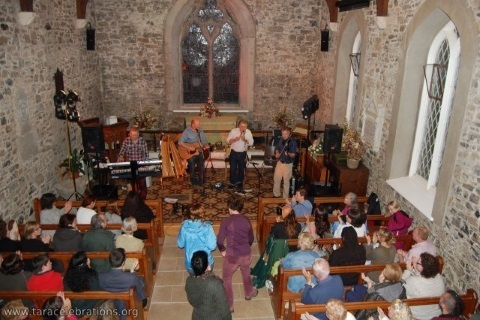 Early on the church recognised that it's congregation should not play music in solitude, and there was and is a movement away from the traditions of the hermit lifestyle to the church being a congregation with a choir.

Spirituality moved from the individual to social living and this has been the advice from St. Benedict down to Pope Benedict. This led to the creation of society as we know it today, formulating the basic rules for living in harmony. It is an ideal for society that is rehearsed in our churches every Sunday, and never more so than when we come together as a community to pray through sacred song. This intention is extended with the concept of Perpetual choirs. They sing the sacred land, keeping the land in harmony.

These Perpetual choirs are recorded in 1796 at the Isle of Avalon - Glastonbury, Caer Caradoc - Salisbury and Bangor Iscoed (present day unknown). In 1801, Iolo Morganwg recorded that:

'in each of these choirs there were 2,400 saints; that is there were a hundred for every hour of the day and the night in rotation, perpetuating the praise and service of God without rest or intermission.'

When Protestants changed the emphasis and use of sacred music in church their services were in the local language. New songs and hymns were composed. The congregation joined in and understood the words. With this change the brain clicks in.

Thus music in some form is an enhancement of our spiritual experience and a welcome inspiration in any gathering.