In Scotland, the Caileach is also known as Beira, Queen of Winter, and she is said toh ave made numerous mountains and large hills.

This happened when she was walking across the land and accidentally dropped rocks from her creel or wicker basket. In other cases she is said to have built the mountains intentionally, to serve as her stepping stones.

She carries a hammer for shaping the hills and valleys, and is said to be the mother of all the goddesses and gods.

There are also tales of the Sliabh na Caileach in Co. Meath, Ireland, which were made when the caileach dropped stones from her apron. She is also credited with forming Hag’s Head on the Cliffs of Moher in Co. Clare.

Beinn naCaillich from the Isle of Skye was reputed to throw boulders about the land. 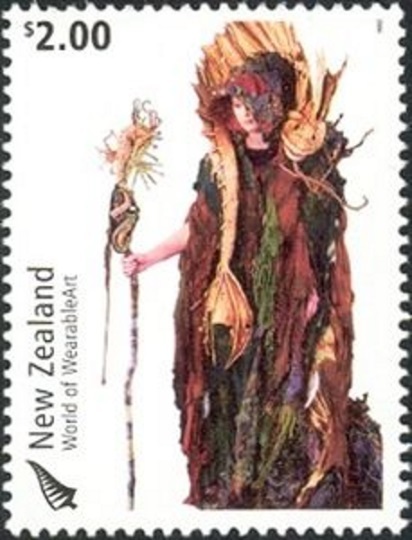 She rules winter from1st November to 1st May when the young Brighde takes over and rules the summer months.

Some say the Cailleach and Brìghde are two faces of the same goddess.

Là Fhèill Brìghde is also the day the Cailleach gathers her firewood for the rest of the winter. Legend has it that if she intends to make the winter last a good while longer, she will make sure the weather on 1st February is bright and sunny, so she can gather plenty of firewood to keep herself warm in the coming months.

Similarly the Caillagh ny Groamagh ("Gloomy Old Woman", also called the Caillagh ny Gueshag, "Old Woman of the Spells") of the Isle of Man is a winter and storm spirit whose actions on the1st February are said to foretell the year's weather; if it is a nice day, she will come out into the sun, which brings bad luck for the year.

The Cailleach is sometimes portrayed riding on the back of a speeding wolf, bearing a hammer to beat down the vegetation in winter or a wand made of human flesh. She is sometimes even shown wearing human skulls attached to her clothes, which reminds me of the Indian Goddess Kali.

In Scotland, the Cailleachan (the old women) are also known as The Storm Hags, and seen as personifications of the elemental powers of nature in a destructive aspect. They are said to be particularly active in raising the windstorms of spring, during the period known as A'Chailleach.

From the Song of Amergin blog

“Cailleach does not lay down her sceptre without a struggle. It is she who raises the storms of spring, and in the period known as A Chailleach she makes her final effort to arrest growth. Latha na Cailleach, the Auld Wife’s Day, is the traditional date of her final overthrow.”

On the west coast of Scotland you can find the Corryvreckan (Cauldron of the Plaid) , the third largest whirlpool in the world. The Cailleach ushers in winter by washing her great plaid in the Corryvrecken. This is said to take her three days, during which the roar of the coming tempest is heard as far away as twenty miles (32 km) inland. When she is finished, her plaid is pure white and snow covers the land.

There is a small hut known as either Tigh nan Cailleach or Tigh nam Bodach in Glen Lyon, Perthshire, which houses a sets of carved stones. According to local legend the stones represent the Cailleach, her husband the Bodach,and their children. The site is recognised as the only surviving shrine to the goddess Cailleach and the oldest uninterrupted pagan ritual in Britain.

Traditionally, local people walked up the glen to take the Cailleach and her stone family out of the hut on 1st May, and on 1st November they were returned indoors for the winter.

The local legend suggests that the Cailleach and her family were given shelter in the glen by the locals and while they stayed there the glen was always fertile and prosperous. When they left they gave the stones to the locals with the promise that as long as the stones were put out to look over the glen at Bealtainn and put back into the shelter and made secure for the winter at Samhainn, then the glen would continue to be fertile and this ritual is still carried out to this day.

In Scotland the first farmer to finish the grain harvest made a corn dolly, called the Cailleach, from the last sheaf of the crop. The last farmer to finish harvesting had the responsibility to take in and care for the corn dolly for the next year, symbolising feeding and housing the hag all winter. This also happens in parts of Ireland.

Cailleach Bheare, or the Hag of Beare in Cork, is an old crone who brings winter with her when she appears and who wields incredible power over life and death. Her ability to control the weather and the seasons meant many communities looked on the Cailleach with a mixture of reverence and fear.

Local folklore states that An Cailleach considered the arrival of St. Caithighearn, who preached Christianity in Kilcatherine and the surrounding districts, as a threat to her powers.

One day, after gathering food, the hag returned to Kilcatherine to find the saint asleep. She approached the Saint quietly, grabbed her prayer book, and ran off. A cripple who lived nearby saw what happened and shouted to St.Caithighearn, who woke up and saw the hag running off. The saint ran after her, caught up with her in Ard na Caillí, recovered her prayer book, and turned her to stone with her back to the hill and her face to the sea. There she remains to the present day.