6th January and in Italy we have La Befana. 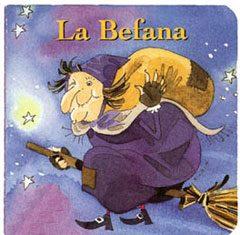 One version of the Befana story is that the three Magi asked the old woman for directions to the scene of the Nativity. She didn’t know where it was, but let them stay the night before they journeyed onward. When they left the next day, she realized she wanted to join them. But she had no idea where they’d gone, or where Jesus was. So she still flies around today, still looking for the baby Jesus.

However Befana predates Christianity, (funny that!). Some historians say she dates back as early as the Neolithic times. Or she might have Celtic origins, since in many European countries, people still burn a puppet of an old lady at the New Year’s Eve to release the energy of the old year that has just gone. And others think that Befana is descended from the Sabine / Roman goddess named Strina. She was the Goddess of the New Year, Purification, Wellbeing and Strength. Her themes are children, family and protection.

Twelfth night, the last feast of the Yuletide/Christmas festivities.

In Tudor times, at the beginning of the Twelfth Night festival, a cake that contained a bean was eaten. The person who found the bean would rule the feast as the Lord of Misrule who symbolized the world turning upside down. On this day the King and all those who were high would become the peasants and vice versa. Midnight signaled the end of his rule and the world would return to normal.

Information on Nollag na mBan or Woman’s Christmas on 6th January, thanks to Anne again, is here.