On the June solstice, the sun reaches it's northernmost point and the Earth’s North Pole tilts directly towards it, at about 23.4 degrees. The light of the sun on the wheel of the year stands in the mid-point, before moving into the Darkening. This is the time of the longest day - full of light and shadow. 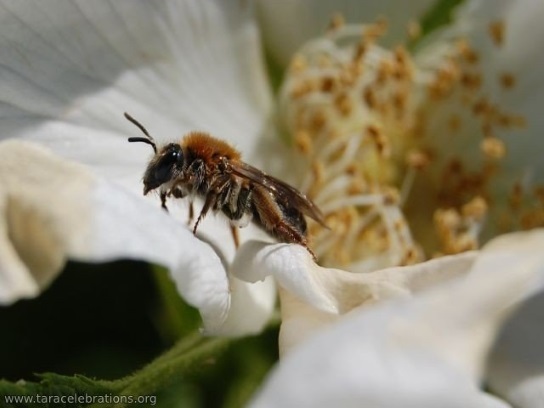 It's the old fashioned honeysuckle,
The common hedgerow kind,
That has the sweetest smell
And leaves a memory behind.

It's the old fashioned sweet peas
Like baby butterflies
That fill the room with fragrance
And entrance our waking eyes.

Pat shares these thoughts at Solstice 2019 -

Summer Solstice... a climactic time of the year. All year we've been preparing... planting seeds, starting projects, looking forward to longer days. Now they're HERE, so it's time to slow down and enjoy the present.

… no sowing, no reaping, no planning, no reviewing... just the beauty of long, bright days and short nights. Days when we can – as I did recently – lie down outside, look at the sky and just BE.

Bernadette remembers when she hosted the get-together in 2014....

Summer Solstice on the Hill of Tara a few years back... song, storytelling, writing letters of wishes and desires to the future self and fun in the sun...

The longest day of the year, a time for coming together with like minded people...

I remember on this Solstice I was inspired by a story that was told by my dad. How at the Summer Solstice, when he was young, bringing my mother, when they were just going out together, on the crossbar of his bike he had when he was a post man. Taking her to Tara on it with a few bottles of stout, and where there was music of old, story telling and fun. He said the celebrations went on till the early hours of the morning and sometimes days.

It's great to see the celebrations of Summer Solstice still goes on up on the Hill of Tara and no doubt will continue for many more generations to come.

Blessings to you all, Bernadette Mac.

Roses, foxgloves, scabious, wild flowers and variegated leaves all add colour to the background of lush green leaves and the garden bathes in a favourite scent - honeysuckle. Bees and insects fly from flower to flower. Spiders, butterflies and moths are all visible collecting food. Frogs watch from the poolside as the water shudders with tadpoles feeding amongst the mints and lilies. At dusk flies hover, gathered into a moving speckled cloud and bats take full advantage of this evening meal. Sometimes rain lashes the early summer flowers and open windows bang in the wind. 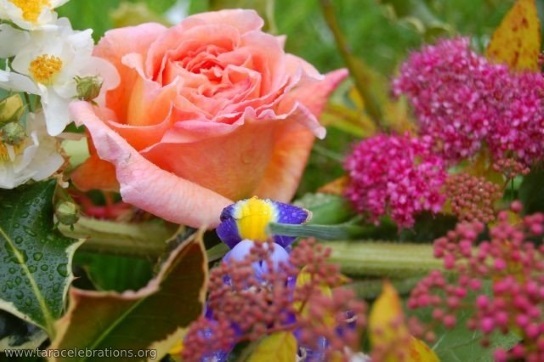 Summer solstice burst forth with a vibrant gusto not heard in recent years. Sound waves reverberated over the land - music, voices, shouts - echoing through the valleys, over the beaches, through the woodlands. People were out, in nature, celebrating the high season with zest and zeal. From a red sunrise exhilarated by the low drone of ancient instruments at Grange Stone Circle, Loch Gur, to the sunset skirl of bagpipes at Uisneach and gongs and drums on the Hill of Tara the day passed in an energetic cacophony of sound. Across the lands humans were prompted to make noise. In the Peak District, England, the recent days of overwhelming hot and humid weather gave way to a storm, rain pelting down, rattling the flags, battering the plants, drumming up its own symphonic concert. 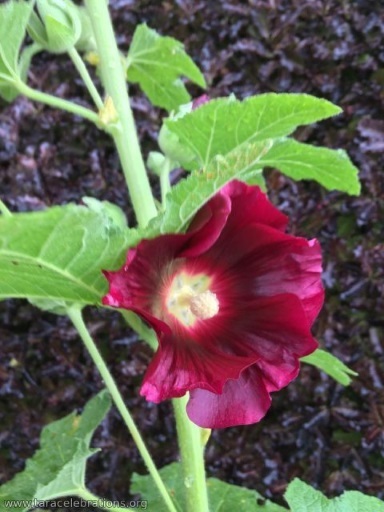 This red hollyhock brought forth a beautiful summer flower. The name and colour reminds us of the perennial legend of the Holly and Oak Kings. At summer solstice the Holly king takes the reins, usurping the Oak, and rules up to mid-winter. He is often depicted wearing red (up-dated as Santa Claus). These two ancient archetypes recall the duality, interdependent, balanced aspects of winter and summer. The take-over of one to another is often referred to as a battle, and what are battles if not noisy affairs, stormy and highly energised, intense and a little disorientated, followed by a calm. At Summer Solstice this year (2017) it seems to me, we did not seek to do what our ancestors did, we went deeper, seeking what they sought, enacting a 21st century version of a centuries old wisdom.

(P.S. some would have it that the King's change-over happens at the Equinoxes... well, that enigma is part of the riddle and mystery of life... whatever suits your current theory is just fine!)

The abundance of fruits, herbs, vegetables and grains is harvested as each comes into full season, jam making becomes top priority, along with pickles and chutneys. In the southern quarter of the year we experience the earth under our feet and we are surrounded by fullness and abundance.

The promise of last winter is brought into the world of here and now - and yet within the fulfilment is the potency for further growth and change. We become aware of the cycle of life in all it's many shades and colours.

This is the divine promise that despite the turning of the wheel of fortune for seeming good or seeming ill, when time has run it's course, all things will return in balance and harmony to their true home.

Beside the labyrinth some wild bees decided to build a nest by harvesting huge quantities of earth and moss.

The nest pulsates like a heart and the runway from such nests has a tendancy to point North so the bees can sense the weather... (so I'm told)

We have made a compilation of archived material and published on Issuu... read more...

Prayers were to ensure a plentiful harvest and to make sure "the white trout come up the river" with the mid-summer floods.